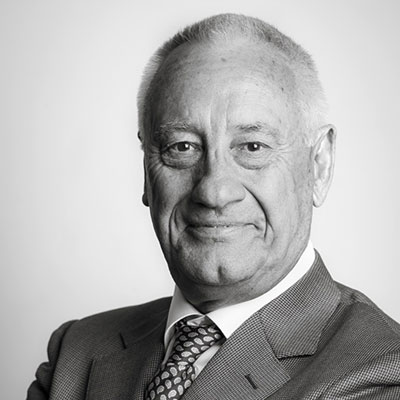 Kelvin has over 40 years of experience in strategic business advice, international and Australian taxation and succession and superannuation strategies, founding and successfully managing a number of accounting and business advisory firm in Australia. Kelvin founded GPG Group in 2004, which in 2015 became its own business entity – Northland Group.

Kelvin has garnered a wealth of knowledge in the world of corporate, personal, and international taxation; valuations and corporate review; succession, estate planning and family office support. His expertise as a business and taxation advisor has led to extensive involvement with many Australian and foreign companies including managing director of Bell Partners Melbourne, founder and managing director of GPG Group until 2015, and founder and Chairman of Boyd Partners Limited between 1985 and 2004. As founder of Northland Group, Kelvin stepped into a non-executive director role in 2015.

Kelvin is currently managing director of Kelvin Boyd Advisory and a non-executive director of Northland Group. He has been a long-term board member of QuayEyeware Pty Ltd since 2017, Greystone Wines Group over a 5-year term, and Grenda Bus Group over a 15-year term prior to its sale.

Kelvin is an Associate of the Institute of Chartered Accountants in Australia and New Zealand, a Chartered Tax Adviser and holds an MBA (Monash).